This author has not yet filled in any details.
So far Sarina Gandy has created 91 blog entries.

Arechclient2 is a .NET remote access trojan (RAT) that has numerous capabilities. The RAT can profile victim systems, steal information like browser and crypto-wallet data, and launch a hidden secondary desktop to control browser sessions.

Cyber Florida has observed network payload data obfuscated via Base64 encoding and sent to what appears to be a command control server. The command and control server appears to be utilizing Google cloud services (googleusercontent.com). Within the Base64 data, exfiltrated usernames and passwords were observed. Based on observations, the exfiltrated data appears to be from cached browser credentials (Google Chrome profiles, Firefox profiles, Microsoft Edge profiles, etc.) In reviewing logs and network traffic there were parameters of interest within the data payload that would aid in identifying this activity. The following payload parameters were observed the network traffic: ConnectionType, Client, SessionID, BotName, Computer, BuildID, BotOS, URLData, UIP.

Based on observing network traffic for the command control communication, there may be similarities associated to the Redline Stealer malware. See CERT Italy article. https://cert-agid.gov.it/news/scoperto-il-malware-redline-stealer-veicolato-come-lastpass/

Screenshot samples of log and network traffic have been provided in the appendix of this report.

Some of the interesting evasion tactics Cyber Florida observed were the utilization of “sleep” functions and the usage of .NET Framework’s InstallUtil.exe binary to communicate with the command and control server. The “sleep” functionality appeared to delay the usage of InstallUtil.exe. In testing, the Installutil.exe appeared to run in perpetuity regularly communicating with the command and control server. In reviewing a few of the automated sandboxes, the Installutil.exe activity was not identified. This may be due to the “sleep” activity being utilized.

Another evasion tactic appears to be attempting to modify Windows Defender settings via the second observed PowerShell instance. The cmdlet Set-MpPreference with the options –ExclusionPath ‘C:’ was employed. This command appears to create a malware scan exclusion, which would prevent Windows Defender from scanning the entire C: volume.

The following links provide examples and context of InstallUtil.exe malware usage and abuse.

During initial malicious binary execution, a persistence mechanism was observed via the common HKCUSoftwareMicrosoftWindowsCurrentVersionRun location.

Blackpoint Cyber discovered an ISO file that contained a malicious Windows executable that was downloaded to a victim’s computer and was not detected by an antivirus program. A malicious executable, named Setup.exe, was observed using various defense evasion techniques including obfuscation, injection, and uncommon automation tools. These tools were used to drop a RAT named Arechclient2 (Blackpoint Cyber). The size of Setup.exe is over 300 megabytes (Blackpoint Cyber).

The initial attack vector that was used to send Setup.exe to the victim is unknown. This is the execution step. When Setup.iso is double-clicked, the ISO file can be mounted like a CD and, oftentimes, the contents of the file are automatically executed (Blackpoint Cyber). Running Setup.exe will start the extraction of three files and execute multiple child processes (Blackpoint Cyber). A new folder, IXP000.TMP, is made in the victim’s AppDataLocalTemp directory and three files are created into the newly created directory: Funding.mpeg, Mali.mpeg, and Dns.mpeg (Blackpoint Cyber).

The Dns.mpeg script is heavily obfuscated. The script searches for AvastUI.exe and AVGUI.exe running on the victim’s computer. The two executables are found in the Avast antivirus product line (Blackpoint Cyber). If those two executables are not found, Dns.mpeg sets Hole.exe.pif to the name AutoIT3.exe. In the script .au3 (or d.au3) there are over 3,000 references to a function named Xspci(). This function takes a string as its first argument and a number as its second argument. The function is responsible for decoding strings (Blackpoint Cyber).

The .au3 script accomplishes three things through injection: 1. establishing persistence using a URL file in the victim’s startup folder. 2. copying the ntdll.dll file from the C:WindowsSysWOW64 folder to avoid antivirus hooks. 3. injecting the embedded payload into jsc.exe (Blackpoint Cyber). The function that is responsible for the above tasks is KXsObHGILZNaOurxqSUainCYU() which takes a pointer to the binary to be injected, a string argument, and a string argument with the path to the binary that would be executed and injected into as arguments (Blackpoint Cyber). The script establishes persistence by adding a URL file to the victim’s startup folder that will execute a Microsoft Visual Basic Script (VBS) on every login (Blackpoint Cyber). 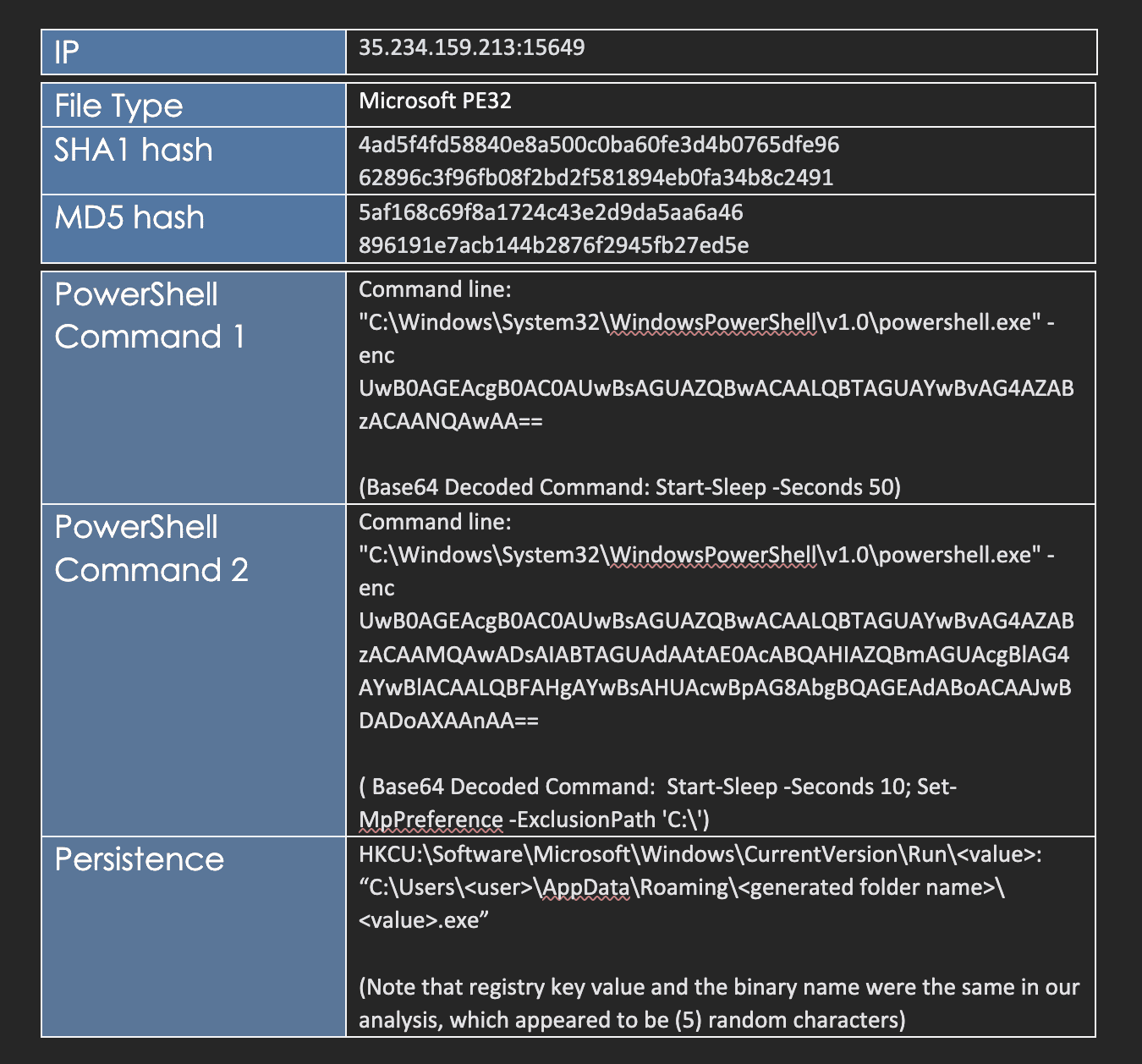 This screenshot shows the payload sent to a victim, as seen by Cyber Florida. A portion of the Base64 and UIP fields have been redacted. 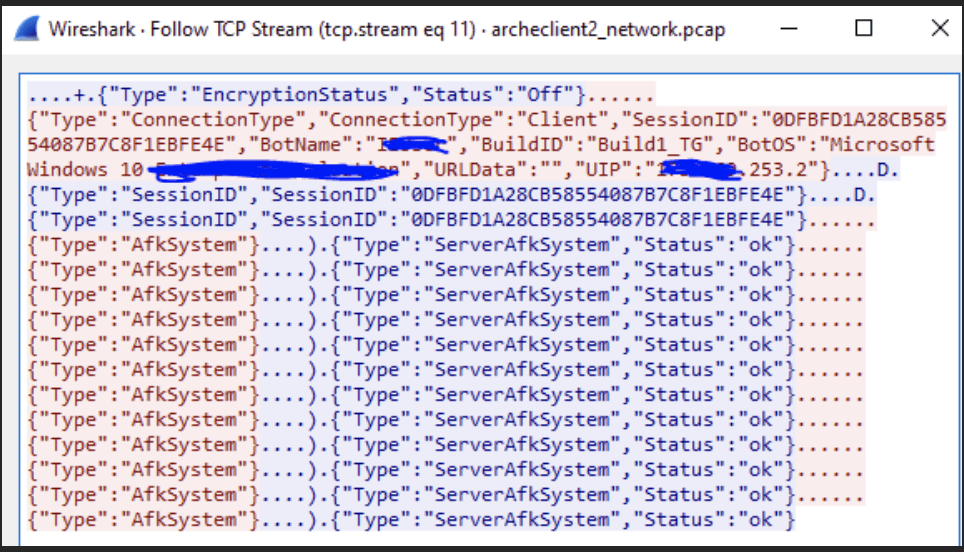 The following screenshot is similar from the log above but was acquired via network packet capture.

Work Burnout – How Can We Maintain a Healthy Work-Life Balance In an Industry That’s Constantly Moving?

Work Burnout - How Can We Maintain a Healthy Work-Life Balance In an Industry That’s Constantly Moving?

Work burnout is an issue in every industry, but in the cybersecurity industry where there are constantly new problems to solve and fires to put out, it can be almost impossible to turn off your thoughts when the day is done. In this episode, Tashya and Pam discuss their experiences with work burnout and the methods they use to hold themselves accountable when working to maintain a healthy work-life balance.

We also get to hear some feedback that we’ve received about the show, including some very important feedback from one of Pam’s biggest fans (hi Pam’s mom, we hope you enjoy the show!) 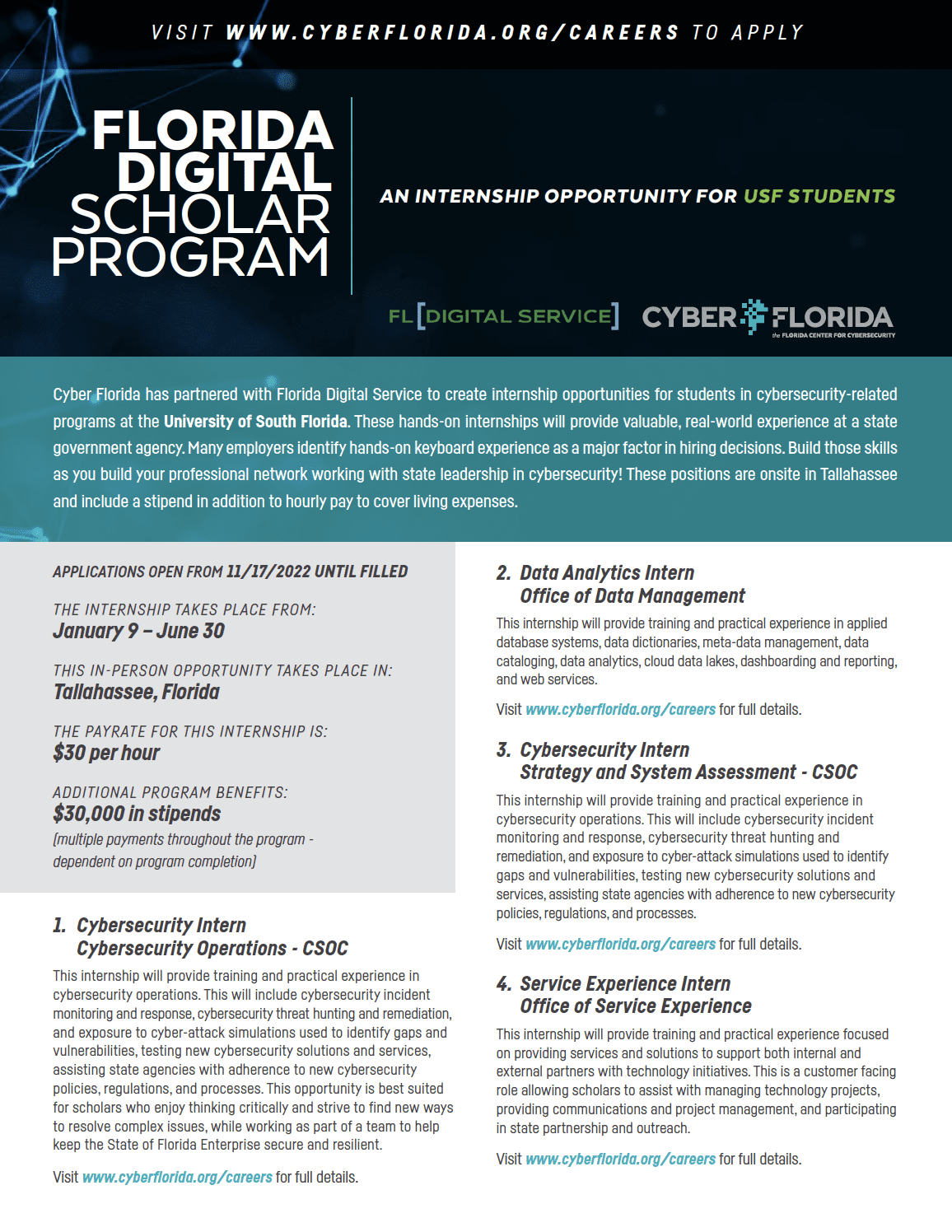 USF students: are you looking for a hands-on cybersecurity internship opportunity that will provide valuable, real-world experience at a state government agency?

We’re proud to announce that, in partnership with Florida Digital Service, we have created several internship opportunities for USF students in cybersecurity-related programs to help you build your skills while building your professional network! These positions are onsite in Tallahassee and include a stipend in addition to hourly pay to cover living expenses.

The Top Red Flags of a Veterans Day Scam 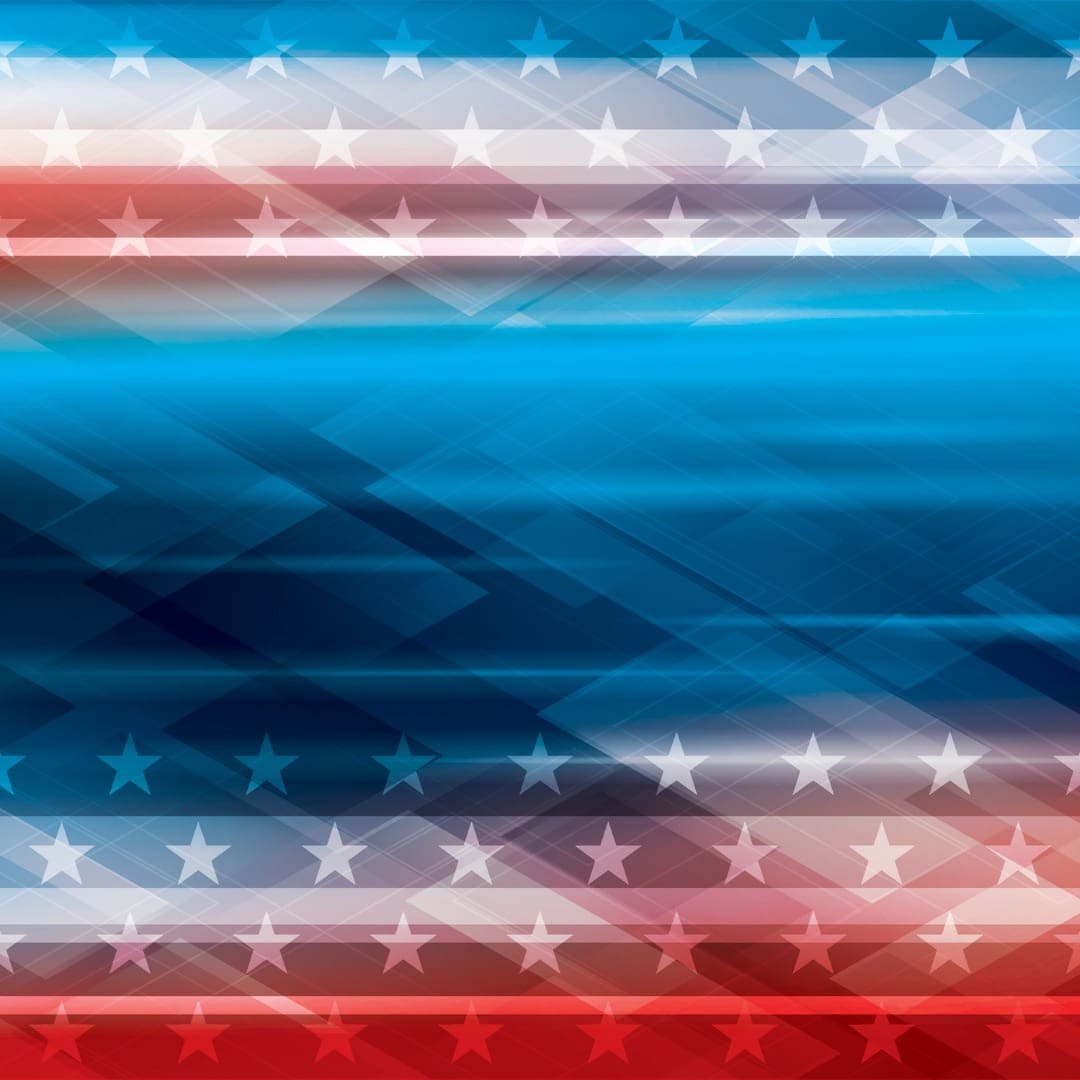 As Veterans Day approaches, many Americans may be searching for opportunities to give back to those who have served our country by donating to charity. Unfortunately, malicious scammers on the internet are notorious for taking advantage of the honorary day by using communication techniques similar to trusted military nonprofits to mislead prospective donors.

FightCybercrime.org recently released an article discussing the top red flags of a veteran charity scam. According to the article, “Through targeted communications, scammers use names similar to well-known charities and flood their communications with words like “hero,” “sacrifice” and “disabled” to pull on the heartstrings of compassionate Americans. Oftentimes, these fake charities will create targeted lists by searching social media for people who support the military. Other times, these scammers will imitate existing fundraisers or charities around military observances—such as Veterans Day—when the military is top of mind.”

The Top Red Flags of a Veterans Day Scam

As Veterans Day approaches, many Americans may be searching for opportunities to give back to those who have served our country by donating to charity. Unfortunately, malicious scammers on the internet are notorious for taking advantage of the honorary day by using communication techniques similar to trusted military nonprofits to mislead prospective donors.

1. Receiving a thank you for a donation you don’t remember making

If a charity refuses to provide basic information about the organization itself or how your donation will be used, be wary. Legitimate organizations are happy to provide you with answers to all your questions before you donate. Prior to donating to any charity, we recommend doing some research. Search the charity’s name on sites like GuideStar, Charity Navigator or the BBB Wise Giving Alliance, which provide donors with free access to data, tools, and resources to make informative giving decisions.

3. Use of high-pressure tactics

Real charities appreciate donations whenever you are ready to give, so be wary of anyone who pressures you to donate right away. They are trying to get your money before you have time to do research or question their legitimacy. If someone is using high-pressure tactics to try to get you to donate, hang up or don’t respond until you’ve had time to do some investigating. We recommend running an internet search of the charity’s name followed by the word “scam” or “complaint”.

If a charity asks you to provide personal information—such as your Social Security Number or bank account number—it’s a scam. Real charities don’t need this type of information to process a donation. If you are required to provide personal information you aren’t comfortable sharing, look for another charity to donate to. To find a reputable charity, search for well-known organizations that support the cause you’re interested in.

Veterans Day is a day for honoring those who have sacrificed their lives for our freedom. Sadly, veteran charity scams look to take advantage of Americans who wish to give back. Remember, when in doubt, do your research! Reputable charities will not pressure you into making a donation without answering your questions, and they will never ask for sensitive information. If you are targeted by a scammer, report it to the Federal Trade Commission at ReportFraud.FTC.gov. 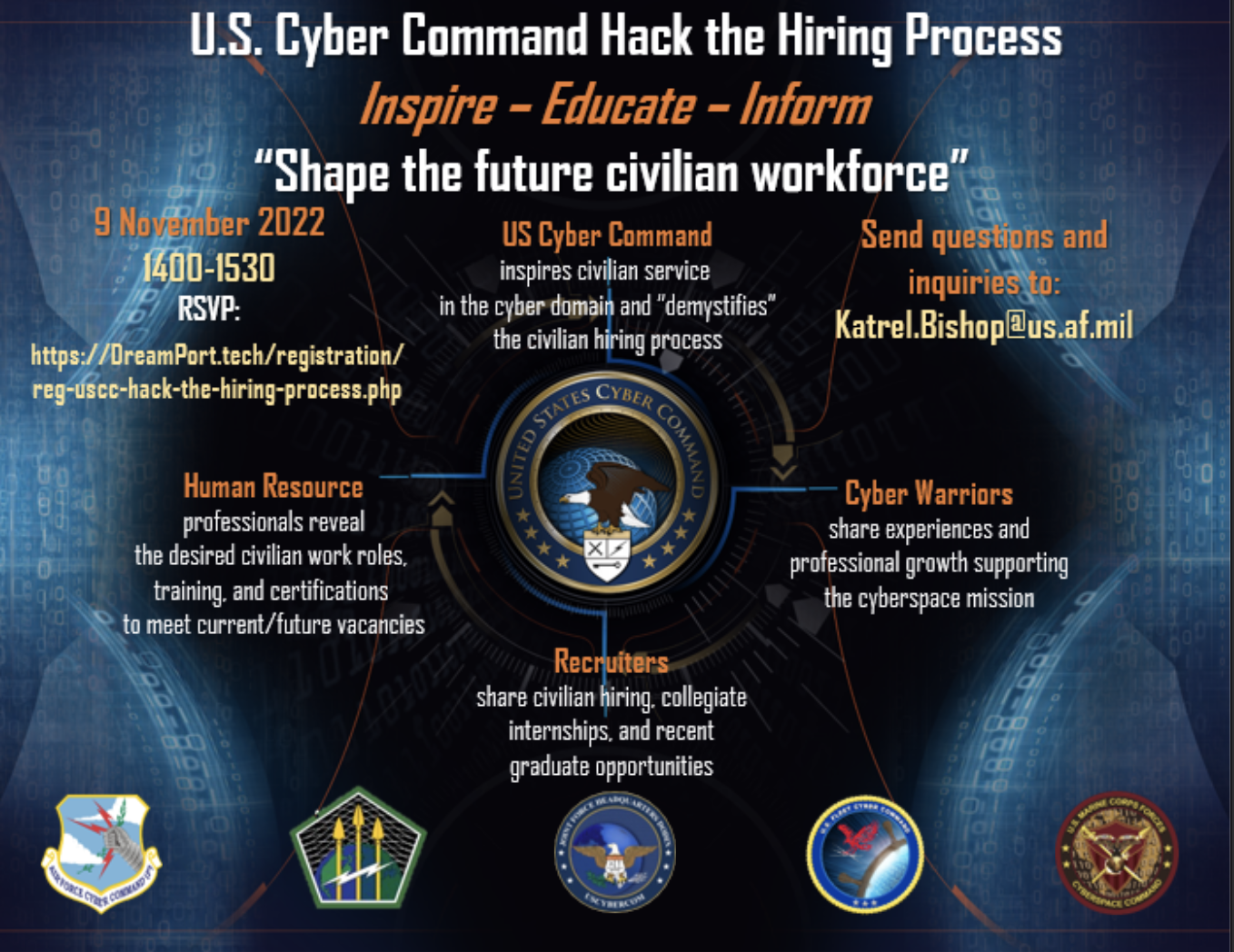 Want to learn about U.S. Cyber Command civilian hiring opportunities and requirements? The U.S. Command Hack the Hiring Process webinar on November 9 aims to shape the future workforce by providing information on how to start a career in the U.S. Cyber Command.

See the flyer for more details. Once you are registered, you will receive a link via email within 48 hours of the event.

U.S. Cyber Command and the National Defense University (NDU) College of Information and Cyberspace (CIC) are co-hosting a day of academic presentations and panel discussions to consider the role of cyberspace operations in integrated deterrence during competition, crisis and conflict to create tactical, operational, and strategic effects to enable Joint Force success.  The attendees of this event will include DoD leaders, policy makers, and academic experts.

Lauren Zabierek is the co-founder of the #ShareTheMicInCyberCampaign and the Cybersecurity Project Executive Director at Harvard’s Belfer Center. In this episode, Lauren joins Tashya and Pam to talk about her inspiration for starting the social media campaign, and the journey that led her from the military to becoming a major force for diversity and inclusivity in the cyber industry.

Imposter Syndrome – How Can We Overcome the Feeling That We Don’t Belong?

Imposter Syndrome – How Can We Overcome the Feeling That We Don’t Belong?

Imposter syndrome, or that feeling that you don’t belong, is present in every industry, and the cybersecurity industry is no exception. In this episode, Tashya and Pam discuss their experiences with imposter syndrome and the ways that they have overcome those feelings throughout their careers.

The First Meeting – Tashya Denose and Pam Lindemoen Interview Each Other (did they just become best friends?)

The First Meeting – Tashya Denose and Pam Lindemoen Interview Each Other (did they just become best friends?)

In this episode, we get to hear our hosts Tashya Denose, the Cyber Whisperer, and Pam Lindemoen, the Chief Information Security Officer Advisor at Cisco, meet in person for the first time and get to know each other. Warning: this episode contains a lot of happiness and love!